The Pawnbroker - A Colossal Deception Upon America


From TCM: THE PAWNBROKER

In New York City's Spanish Harlem, Sol Nazerman (Rod Steiger) manages a pawnshop owned by Rodriguez (Brock Peters), the neighborhood pimp. A concentration camp survivor, Sol lives an emotionally detached existence, appearing callous and insensitive to his customers and co-worker Jesus Ortiz (Jaime Sanchez). What they don't know is that Sol witnessed the rape of his wife by Nazi officers and the deportment of his two children to death camps where they died. Yet when Ortiz repeatedly tries to break through Sol's icy veneer and bring him out of his shell, he is treated with disdain. In anger, the assistant plots a store robbery that backfires in tragedy for both men.

"What they don't know is that Sol witnessed the rape of his wife by Nazi officers and the deportment of his two children to death camps where they died." Complete nonsense - if the object was to MURDER JEWS, they simply could have implemented what we know as the Morgenthau Plan. Over a million German soldiers were murdered in this fashion after the war.


The Pawnbroker (1964), directed by Sidney Lumet, was one of the first American films to address the Holocaust through the eyes of a survivor after the events. Highly influenced by the French New Wave of the early sixties, particularly its use of quick flashback cuts to reveal Sol's personal tragedy, the film explores the effect of memory and emotion on the human psyche while also recalling life-changing events from the objective present. In this, The Pawnbroker shares some stylistic and thematic similarities to the work of Alain Resnais, particularly Hiroshima mon Amour (1959) and his highly influential documentary, Night and Fog (1955). Aside from this, however, Lumet's film is uniquely American, with its harsh, unforgiving depiction of New York City, all of it brought to vivid life by Boris Kaufman's black and white cinematography and a dynamic cast highlighted by Rod Steiger's searing portrayal of the title role.

This was a colossal deception upon America - The Pawnbroker was merely the latest attempt to break the Production Code; and under the guise of being a "holocaust memoir", it succeeded.


Although Steiger was already recognized as a highly gifted "Method" actor (he was Oscar® nominated for Best Supporting Actor in On the Waterfront, 1954), The Pawnbroker was the film which earned him international critical acclaim and launched his career as an A-list actor in major films. Yet, at the time, he agreed to do the movie for a reduced fee (he was paid $50,000 - a much lower figure than his normal rate) because he trusted the director (they had worked together previously on the TV series, You Are There).
Steiger was barely forty when he played Sol Nazerman but immersed himself so deeply in the character that it's hard to believe he's not a sixty year old man. His tendency toward dramatic excess though was effectively curtailed by Lumet who later said, "Sure Rod has weaknesses of rhetoric, but you can talk them through with him. I explained that this solitary Jew could not rise to heights of emotion; he had been hammered by life and by people. The faith he had to find was in other people, because God had betrayed him" (from Rod Steiger: Memoirs of a Friendship by Tom Hutchinson).


Steiger would later state, "I think my best work is in The Pawnbroker. The last scene, where I find the boy dead on the street. I think that's the highest moment, whatever it may be, with my talent." The actor's inspiration for this climactic moment, where his grief is expressed as a silent scream, was Picasso's famous painting of "Guernica" with its depiction of the war ravaged villagers. Even more difficult to film was Steiger's final scene when Sol's anguish finally erupts, causing him to drive his hand through the pointed metal spoke for shop receipts.

The "boy"? Don't you mean Jesus, your loyal dog?


Not surprisingly, The Pawnbroker had a difficult time finding a major U.S. distributor due to its grim and challenging subject matter. Producer Ely Landau shopped it around to every studio but was told it would never earn back its costs. He didn't have any better luck in England until he arranged for a booking of the film at a West End cinema in London where it had an enormously successful run. As a result, Landau was able to arrange a distribution deal with the Rank organization and open it theatrically in the U.S. where it was critically acclaimed by most major film critics.

"I'LL GET THIS PROPAGANDA PAST THE PRODUCTION CODE, BY HOOK OR BY CROOK!"


The Pawnbroker also generated considerable controversy in several communities. Some Jewish organizations urged a boycott of the film due to its uncompromising presentation of the Jewish pawnbroker which they felt encouraged anti-Semitism. Black groups also accused the film of encouraging racial stereotypes of the inner city where everyone seemed to be a pimp, prostitute or drug addict. Even the Legion of Decency objected to the film for a scene in which Ortiz's girlfriend (Thelma Oliver) bares her breasts in an effort to get more money for a pawn item. All of these charges, however, seem unjustified when one views the film. What emerges is a realistic and devastating portrait of urban alienation.


Pauline Kael was one of the few critics to find fault with the movie, proclaiming the film "trite", but she also saw its merits, "You can see the big pushes for powerful effects, yet it isn't negligible. It wrenches audiences, making them fear that they, too, could become like this man. And when events strip off his armor, he doesn't discover a new, warm humanity, he discovers sharper suffering - just what his armor had protected him from. Most of the intensity comes from Steiger's performance."

In other words, his propaganda pimp hand was STRONG.


Despite the many accolades The Pawnbroker received - the New York Film Critics award for Best Film and Director, the Golden Globe for Best Actor, the Silver Bear (Best Actor at the Berlin International Film Festival), among others - it only garnered one Oscar® nomination - for Best Actor. Steiger was practically certain he was going to win the Academy Award when he arrived at the Oscar ceremony. Right before the award was announced, the actor began to button his jacket in anticipation of leaving his seat and walking down the aisle. Instead he heard the name "Lee Marvin!" "I was absolutely shocked," said Steiger. "And Lee Marvin walked up and got a prize he probably and justly deserved, and I got a spanking from the forces of nature which said, 'Listen, jackass, never take happiness, never take your talent, for granted. Never, in any walk of life, take for granted your capabilities. Each minute a second of life is a challenge - so sit still, schmuck, and let this be a lesson to you. Happiness has to be earned and respected. Rewards must never be taken for granted.' I never forgot that moment" (from Rod Steiger: Memoirs of a Friendship by Tom Hutchinson).

I always give proper credit.

"Well, you seem unsympathetic to the plight of others..."; now, that's just a load of HOT GARBAGE. If anything, I care too bloody much.

This is my country, and I will protect it with my dying breath. What I can clearly see is that we have been attacked from WITHIN.

You're not getting it without a fight, (((HOMOSEXUAL BANKING MAFIA)))!

Ever heard of Hexus, The Living Corporation?

Hexus is an incorporeal corporate entity which developed sentience. It imitates what people want and hypnotizes them with sophisticated advertising campaigns. Hexus will rapidly outgrow and devour any other corporations in its environment.
It continues expanding until it has exhausted the planet's resources, by which point it has already had its mindless drones build a spaceship to carry its logo spores to new victims.
It has no corporeal existence of its own, but can work through the drones it employs. It seduces them with an attractive offer, whether a good job opportunity or something else. If it succeeds it is then able to dominate their minds, turning them into drones.
It may use up its drones life force expelling it in a blast of energy, leaving the drone a lifeless husk.

Weird...sounds to me very much like what the DISNEY Corporation has been up to behind the scenes. 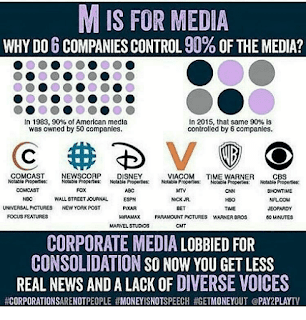 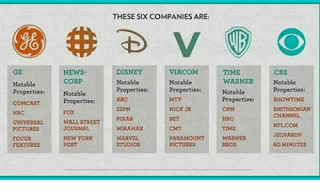 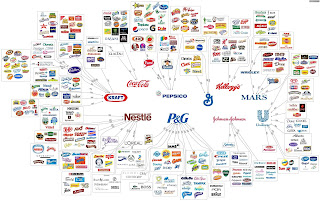 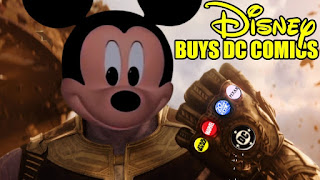 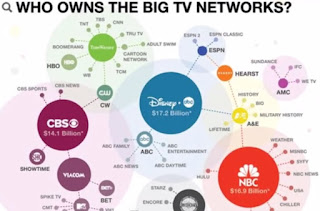 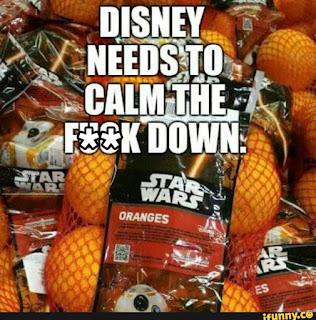 I just watched a video in which the CNN anchors feign ignorance of the many changes going on behind the scenes at formerly "conservative" FOX.

Continue to double down on your way to HELL.

The Apocalypse has arrived, in the form of this year's VMA Awards Ceremony - I discuss this below; first, Paul Romano's video; followed by my own (WARNING: NSFW Language):


Joseph Hagmann was NEVER a junkie. He was MURDERED.

Posted by Vinny from Brooklyn! at 5:31 PM No comments: